The chiropractor’s ability to realign and, in many cases, relax the ligaments and muscles in your pelvis has led to what is now known as The Webster Technique, a method that helps breech babies to turn themselves, naturally. The technique aligns and opens the pelvis to give the baby the room it needs to get into a better position for birth.

This technique was discovered by Dr. Larry Webster (1937-1997), founder of the International Chiropractic Pediatric Association. Dr. Blaser trained with Dr. Webster in the years from 1988­-1992 and has been using the Webster Technique ever since. Dr. Webster discovered that when a mother sought care where her baby was in a breech position, the restoration of pelvic neuro­biomechanics with this adjustment frequently aided in optimal fetal positioning. Since the use of this technique, there have been numerous reports of high success rates in the baby turning to the normal vertex position (baby’s head pointing downwards towards birth canal). It has also been successfully used in women whose babies present transverse and posterior as well. It has also been successfully used with twins. Any position of the baby other than the normal position may indicate the presence of a sacral subluxation and therefore cause constraint in the uterus. 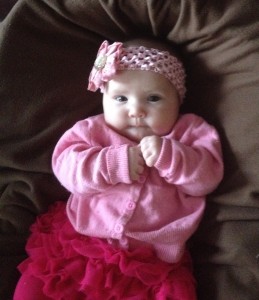 “Thanks Dr. Paul for helping me come out the right way!”

Print
Book An Appointment
Stay Informed
What Is Chiropractic?
Our Clients Opinions

Imagine what your life would be like with a healthy spine and healthy body. At Blaser Chiropractic, your health is our Number One priority. This is why we specialize in reconstructive care, helping you align your spine permanently so you can feel better than ever - no matter what your age.

Blaser Chiropractic - Adjusting to a higher quality of life

We offer you...
• An Expert, caring team that constantly upgrade their skills and learn latest advances by attending 3-6 seminars a year
• Reconstructive, permanent and life changing chiropractic corrective care
• Gentle adjustments for all ages in either Diversified (hands on) or Activator (instrument)
• Regular appointments that are respectful of your busy schedule
• Affordable Family chiropractic care
• X-ray facilities on site
• Family friendly office with fun Children's play area, playpen and change table (with supplies)
• Webster technique (adjustment) for Breech baby